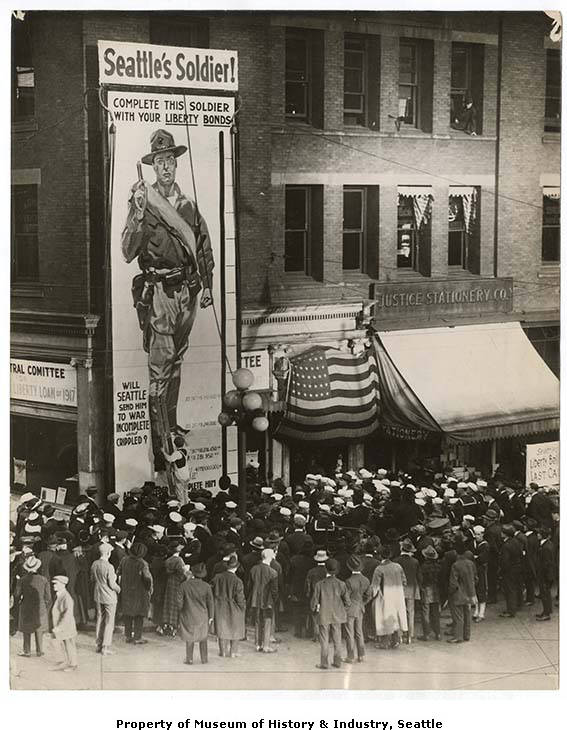 Wondering what Seattle’s history has to do with WWI, The Great War, also called The War to End All Wars? Turns out, quite a lot, judging by MOHAI’s (Museum of History and Industry) current exhibit, WWI America. 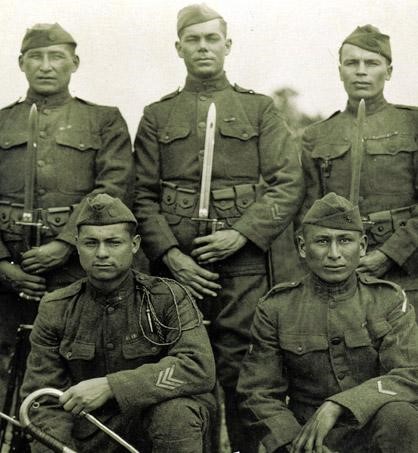 This multimedia, interactive exhibit chronicles events leading up to The Great War, the war itself and its aftermath. Most noteworthy, “It’s an exercise in sensory immersion,” says Brian Horrigan, Curator at Minnesota Historical Society. Horrigan helped develop the program over a three-year period. He invites visitors to explore America’s turbulent transformation onto the global stage through the exhibit’s 300 images, thirteen different media pieces and notable artifacts like a desk chair from the Lusitania.

Or how about a pair of Houdini handcuffs, a women’s suffrage banner and President Woodrow Wilson’s top hat? Propaganda posters, documented peace efforts, news headlines from The Seattle Star all play a part in the exhibit. Visitors can even crank the handle of a vintage victrola to hear songs of the times like “Over There.”

The four-year, three-month and 14-day war “shaped the nation in profound and lasting ways,” explains Horrigan. 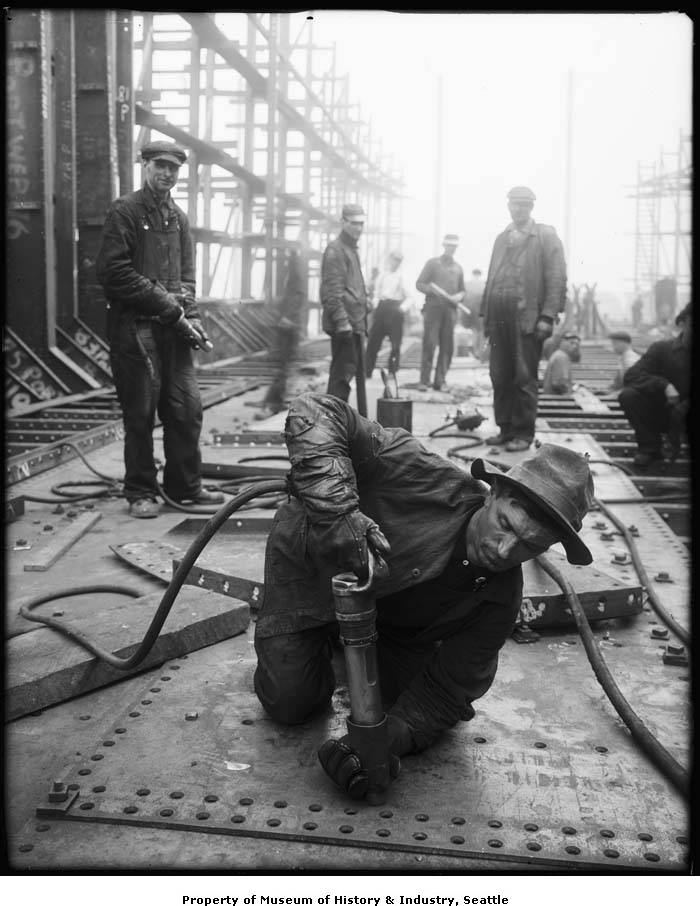 From local volunteers and those drafted into service, from the Skinner and Eddy shipyard to Boeing’s beginnings,  viewers can also follow the trail of national events to the war’s impact on Seattleites.

But what’s Seattle’s history have to do with our current state of affairs? Beyond the well-worn quote: “Those who fail to learn from history are doomed to repeat it,” Horrigan points out, “We’re still grappling with many of the same issues today that had their roots in WWI: women and civil rights, pandemics, labor struggles, returning veterans and immigration fears.”

Through the stories and photos of real people whose lives were upended irrevocably because of the war, visitors gain a sense of immediacy, emotional resonance and current relevance.

Inspired to learn more about the origins and effect of WWI on past and present America?

MOHAI has lined up a number of special events to coincide with the Armistice Day Centennial Commemoration on November 11th, the day the war ended.

Wednesday October 3rd, 6PM, MOHAI presents a special performance of Northwest Passages by Living Voices to capture the devastating impact of The Spanish Flu, brought to America by returning veterans. Visitors can discover how to prevent the spread of flu today and even get a free flu shot, hosted by Bartell Drugs, on site.

Saturday October 20th, 11AM, 12 and 2PM – Hear the stories behind the clothing that people wore during the war, paving the way from The Edwardian Era to The Roaring Twenties.

Saturday November 10th – Monday November 12th, 10AM – 5PM, Attend a major highlight of the exhibit, featuring a special ceremony on the 11th hour of the 11th day of November. Officials will present a ceremonial ringing of the bells, as part of the National Bells of Peace Program, including The Seattle Fire Bell of 1890, which has not been officially rung this century.

And just in case you want to follow the rabbit hole a bit further, here are a few additional resources to check out:

The Guns of August – Thanks to MOHAI’s WWI America exhibit, this might be the year I finally heed my high school history teacher’s advice and read Barbara W. Tuckman’s Pulitzer Prize-winning classic.

Downton Abbey – The Complete Series – Yes, that Downton Abbey, for a fan-favorite dramatic series with WWI as backdrop.