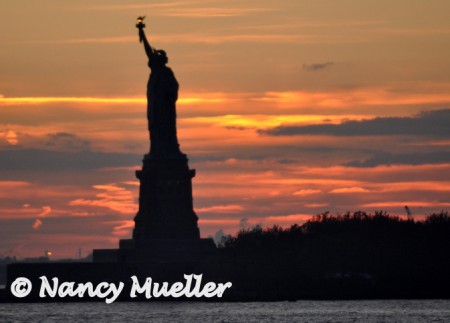 Wow! Thanks to all my readers for adding your suggestions to my list of Must-sees and Do’s in New York City. I’ll be sure to add your favorites on my next visit. Here’s what made my final cut during my most recent quick trip: 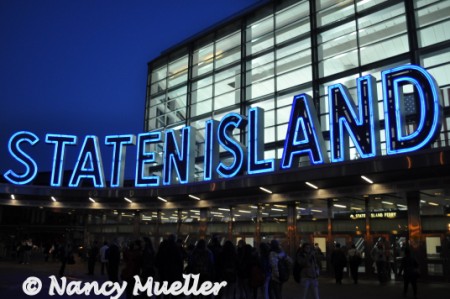 11) I never tire of taking the Staten Island Ferry to see The Statue of Liberty, even if it’s only to offer a passing salute. One thing that has changed since my last trip to NYC is having the steady presence of the U.S. Coast Guard cruising alongside our vessel for the short round trip between Lower Manhattan and Staten Island. I have yet to get off the ferry to explore the island, but one of these days . . .

12) What’s a trip to NYC without a ride on the subway? With an estimated 660 miles of track and 22 interconnected subway routes serving Manhattan and its surrounding boroughs, you’re bound to hop on one sooner or later. 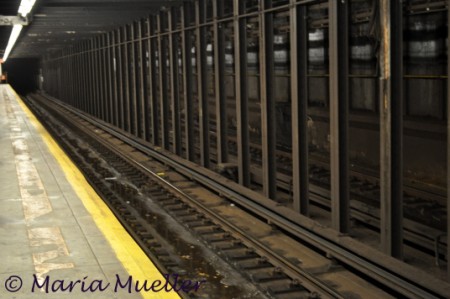 Walking the city neighborhoods is a must, but when you’re in a hurry or your feet need a break from hitting the pavement, the subway makes life sooo much easier. 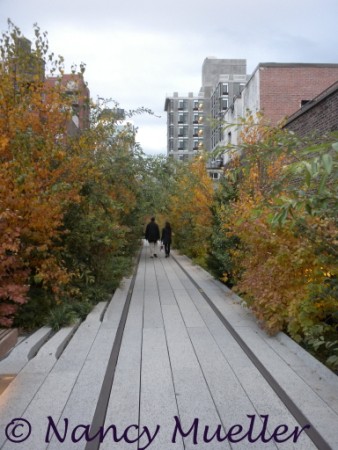 13) Explore High Line Park, which was built on the historic elevated freight train line on Manhattan’s West Side. This was, well, high on my list for this trip since it only first opened in 2009. Once scheduled for demolition, community residents fought to preserve the original structure. What an achievement! The area has been transformed into a beautiful landscaped public space covering the area from Gansevoort Street in the Meatpacking District to 34th Street, between 10th and 11th Avenues.

Strolling through the park while taking in the city skyline offers one of those great New York City experiences. There are any number of choice spots where you can sit for a spell along the way, including the 23rd Street Lawn which has become a favorite gathering place among locals.

14) Visit The New York Public Library, an architectural wonder, with its great lion guardians outside the entrance. Inside, the Beaux Arts masterpiece showcases soaring vaulted ceilings and archways, marble hallways and an extraordinary reading and music collection. You won’t want to miss the Main Reading Room which is about the size of two city blocks alone! 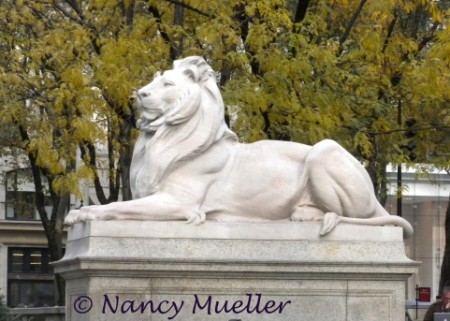 15) Visit St. John the Divine, the largest, though still unfinished, cathedral in the world. After suffering major damage from a fire in December 2001, the “house of prayer for all people” was restored and rededicated in 2008.  On this trip, I had hoped to see the newly restored gift shop which was also destroyed in the fire, only to discover that it hasn’t been replaced. What a shame! But the Great Bronze doors and the Great Rose window are as magnificent as ever. The Poets’ Corner and the Baptistry are also among my favorites here. If you’re new to the cathedral, pick up a flyer in the entrance for a self-guided tour. Or if you’re up for a fun adventure, schedule a Vertical Tour for a climb of over 124 feet up the spiral staircases to the top of the cathedral. 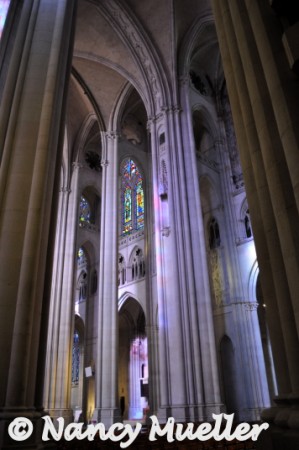 So much left to explore in The Big Apple, Wanderboomers, so little time!

What would you most want to see & do in The City That Never Sleeps over the holidays? Leave a comment here.