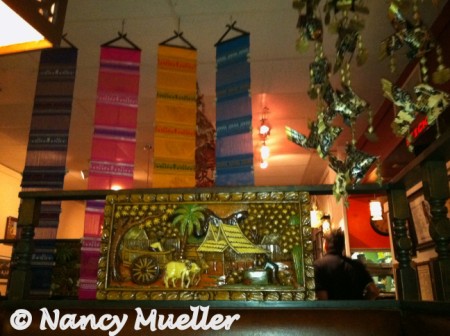 How do restless wanderers fuel their travel lust when not in motion? While between trips recently, here’s where you might have spotted me at home away from home: 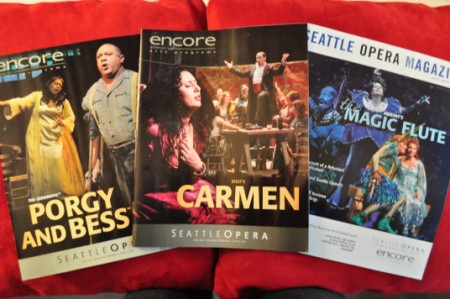 Where better than the opera to get your cultural, artistic and aesthetic fix all in one place?

Just give me a passionate, happy-ever-after or heart-wrenching story of love and loss, set to sublime music sung in a foreign language.  Include an exotic location to immediately transport me from the ordinary to the extraordinary – all in one evening. For an opera like Bizet’s Carmen, there’s the double bonus of hearing the music sung in French while enjoying the ambiance of Seville.

Eating at an Ethnic Restaurant

Let’s hear it for one of the great bonuses of global diversity: the chance to savor scrumptious foods at the many available ethnic restaurants in our own backyards. Even in smaller towns across the country, there’s a good chance of finding food fare from Mexico, India or Thailand. 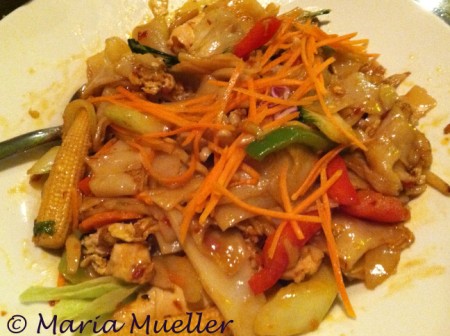 Much like my affinity for foreign languages, I have rarely found a foreign food that I wouldn’t give a try at least once. If I want to revisit a country like Brazil in my mind, for example, I have only to enjoy a Brazilian meal of feijoada, topped off with a caipirinha, to evoke my memories of Rio de Janeiro. 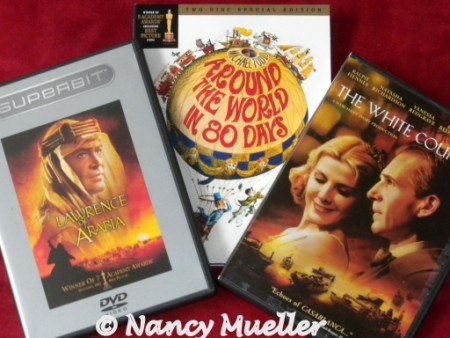 It’s so easy to travel to a distant land from the comfort of our own homes, not that I recommend it as a long-term travel substitute, of course. In one weekend, I traveled Around the World in 80 Days, then off to Shanghai in the 30’s with The White Countess, and finally the desert with Lawrence of Arabia.

What about you Wanderboomers? How do you fuel your travel lust between trips? Share your stories here. I know. You’re wondering what on earth could Oprah possibly have to do with this travel blog – besides the fact that she’s a Wander Boomer who likes to travel (Can you say “Australia”  anyone?). But Oprah represents so much more than that to this Wanderboomer. We grew up together after all. Yes, she was in Chicago while I was in Seattle. But we learned from making some of the same mistakes. I’ll bet some of you did, too. We learned when it’s time to let go and move on, to trust our inner voice, and to use that voice to stand up for ourselves and others.

Oprah has blazed a bright trail for women – and men – yet her message to each of us has always been to get off the beaten path and follow our own calling. I took her message to heart – literally. When classmates and colleagues went to Europe, I hopped on a plane to Egypt, and later Brazil. Long after friends had given birth to their children, my husband and I traveled to China to bring home our toddler daughter.

When I travel to far-flung locations, I am my best self – not always as fearless or as smart as I’d like to be, but I go anyway. I’m still learning, still a work in progress, still growing into a better version of who I am capable of becoming. Travel helps me do that. I’m forced out of my comfort zone, the blinders come off, and I have to figure out how to be resourceful in unexpected situations .

So many of my “Aha” moments have come while I’ve been on the road: clarity about decisions hanging over my head; a recognition that despite our differences, we are all interconnected; a visceral understanding of how vital it is to preserve a pristine natural habitat for our planet.

Travel to Quito, Ecuador and The Galapagos Islands is next up for me, while Antarctica and Australia are still ahead. But wherever I go, I’ll take Oprah’s gifts with me: grace towards others who may see the world differently than I do, generosity of spirit, and gratitude for the freedom to travel the world and live an adventurous life. When you think about it, not bad items to bring along on any of our journeys.

What about you, Boomers? How has travel changed you? Where are you going next?